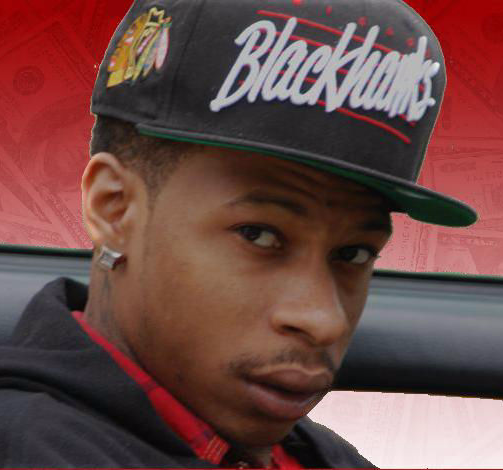 Recording artist S-Trill was born in Richmond, Virginia. He moved to Newport News, Virginia at the young age of 7 after the untimely death of his father. STrill became a talented basketball player with a sure shot future in sports, but he left basketball behind to follow his dream as an artist and entertainer. Inspired by family and friends to pursue his music, he linked up with Goldee Heart, Minute Music, Marigold Productions  and Dream Consulting Management and the rest is yet to behold.

MUSICAL INFLUENCES: I have many musical influences but I would say the ones who influenced me the most would have to be Goldee Heart, TI, Young Jeezy, Fabolous, and Jay-Z. They inspire me to not only be an artist but become a brand and business man.
GOALS: Some of the goals I want to accomplish this year are to release a collection of inspiring songs to reach the world,  release a some CDs, and then headline my own tour in the States, and also internationally. I want to develop a large fan base and continue to deliver them good quality music and great performances. I also want to go on tour and do a few songs with some of the industry’s top artists.

PURPOSE: The purpose of my music is to touch and inspire various crowds, cultures, and people from all walks of life. Whether it is emotional, inspirational, or motivational, I want my music to create a deep connection between me and my fans. I want my fans to know that I've dedicated my life to my music, and I will always strive to deliver beyond everyone's expectations. To me, it really is all about the fans. On November 18th, 2017 S-Trill entered The European Indie Music Charts!  On December 10th, 2017 S-Trill entered the EuropeonTop 20 Countdown Broadcast to over 700 Radio Station in 30 countries. Finishing at Number Two! On December 23rd, 2017 S-Trill entered The National Digital Radio Tracker Independent Charts! S-Trill currently resides in Atlanta, GA.